What is a Firewall, and Why Does It Matter?

What is a Firewall, and Why Does It Matter? 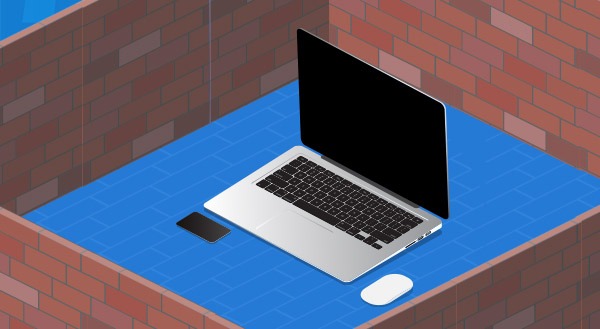 Hearing “firewall” in the context of computing can be confusing. How does a tall, blazing fire separating rescue teams from people trapped apply to computers?

Well, imagine the rescue team using heavy blasts of water to save the day. A hacker is as motivated to get at your data. They will try everything to bypass your security. They want to get inside your network perimeter. In a business office, computers and printers are often networked together. This lets Jane in accounting and Kevin in graphic design access the same business tools.

In computing, a firewall sits between that internal network and the internet outside. It’s kind of like a nightclub bouncer. You definitely want it to be as burly and intimidating as possible to keep the riff-raff out. The firewall helps reduce or prevent unwanted traffic from getting through.

Your firewall can be hardware, software, or both. A packet-filter firewall monitors and controls network traffic. It filters data entering the network according to predetermined rules. IT experts set up a firewall to examine small amounts of data (called “packets”) to see if they contain threats. It checks packet data against criteria such as allowed IP addresses and packet type. If the data is suspect, the firewall stops those packets. If not, the data will continue on to its destination.

Firewalls stop certain software from sending and receiving data to and from the internet. This reduces the number of entry points for viruses or illegitimate traffic. After all, a club wouldn’t want to hire the bouncers to cover seven different doors.

A firewall also monitors outgoing traffic. Why’s that? Because an infected computer in your network could be sending out malicious information. If your company has fallen victim to a malware attack that turns a computer into a bot, it might be “phoning home.”

Unlike E.T. trying to get back to the safety of his home planet, the malware is checking in with its Zombie master. It’s helping to strengthen the bad guy’s ability to attack victims.

Firewalls can help prevent denial-of-service (DoS) attacks. In a DoS incident, thousands of computers are used to send an overwhelming amount of traffic to a network. It’s like putting 10,000 people in an elevator with an occupancy limit of 20 – expect a crash.

Other Types of Firewall

Packet-filtering firewalls aren’t your only option. Stateful inspection is helping to make firewalls even smarter. These check where the packet came from, where it is going, and what application requested it. This end-to-end examination is more rigorous. All the parameters must match trusted information for the packet to pass through. This approach offers a smart, fast way to inspect for unauthorized traffic.

When setting up any firewall, it is important to avoid any unintentional openings. A hole in a chainlink fence renders perimeter security useless. A hole in a firewall leaves your network vulnerable.

Need help deciding on the right type of firewall for your business? Want to be sure your firewalls are going to withstand attack?

Want to be notified when our next blog is posted, sign up here.